Television Commercials in the Tupelo, MS area were expensive… right?  When I was growing up around here and saw a TV ad for Dosset Big Ford or Harvey’s, I just assumed that many dollars were paid to make that happen.

That was true 20 years ago.  Commercials were expensive and absolutely the best way to reach an audience in the Tupelo area.  One good commercial could establish your brand and bring in customers form Columbus, Oxford, and all the way to Jackson.  Because of the power (and mystique) of TV… it cost an arm and a leg back then.

The internet has changed everything!

The competition for advertising dollars has increased so much, local television networks have been forced to lower the threshold.  Now, a small business can actually afford to advertise on TV, if you pick the right time and station.

A client of mine recently ran a TV ad for his Mattress Store in Tupelo Mississippi at a cost of ONE DOLLAR per airing!  Yes, you read that correctly.  One dollar!  The sales rep for WTVA came a knocking’ and after a series of negotiations, here is what went down.

We wanted to limit our commercial to only ONE cable channel. (Our research indicated that our typical clientele watched this one channel.)

We had to order at least 400 airings in order to get the “package deal” at that rate… but that goes to show how inexpensive things have gotten around the South.

Seven hundred dollars for a commercial that ran for two months, brought in TONS of local business, established my clients brand, and quadrupled his income during that time.  Not bad!

How Can I Get My Commercial On TV?  A Guide for You:

First, decide your typical customer and figure out on which channel you should advertise.  If you need help doing this research you can always contact us to help you with that.  You may also choose to spread the advertising out over many channels, but keep in mind that in doing so, your advertising goal may be diluted.

Start brainstorming what your message is going to be.  You may go with a standard “guy talks to camera commercial” or a “comical approach” or even tell a “narrative story”.  For the case study mentioned above, we ultimately went with a funny commercial.  I don’t think you can go wrong with funny, as long as your company isn’t in the medical industry.

Next, call your local TV station (WTVA is good for Tupelo MS) and ask to speak with the Advertising Department.  They will pretty much do anything to get you as a customer, so negotiate the amount.  Use the $1 per airing as a good place to aim.

Now, you should decide if you are going to shoot the commercial yourself or go with the team that the TV station gives you.  Yes, you will save money shooting your own commercial, but if you have no knowledge of how to do this, you could end up with things going badly.  The $300 charge for shooting a commercial isn’t a bad price and will save you tons of time and headache.

Decide when you want to start your brand new TV commercial airing.  It might be best to coordinate the airing with a big sale you have coming up.  Focusing advertising around an upcoming sale can be a highly profitable strategy, and one that I have used for my clients who own a furniture store.  Basically, the commercials generate huge buzz about the sale and basically guarantee a successful sales period.

The TV station team will come out and film your commercial, which will take about 2 hours in most cases.  When they are done, it will take about two days for them to show you “proofs” and let you make any changes you desire.  Once the final commercial is decided, everything is done except setting your DVR to record.

TIP: Also put your commercial on YouTube and add it to your website.  This will bring in extra customers. Your local audience may see the commercial on TV,  then go to the internet to figure out what company did the commercial.  If you have it on YouTube, they will find it… and ultimately find you.

The TV strategy is only one option and should only be a part of your overall plan to bring in customers.  For our clients, we hardly ever do commercials, because of how effective other inbound marketing ideas can be.

By the way, here is the funny commercial we ran that was so successful.  Hope you enjoy!

Adam Grace is a Tupelo, Mississippi based marketing guru. His clients have enjoyed the fruits of his ingenious marketing ideas, expressed through his company SEO Tupelo. Adam has also enjoyed successful careers as an actor, musician, writer, and magician. 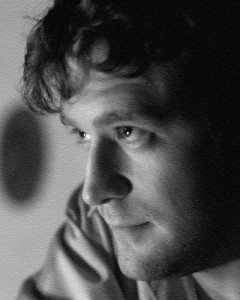